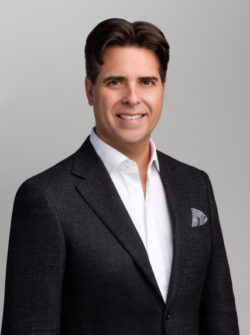 David Estrella was born in Plainview, New York and has lived in the Miami area since he was 3 years old. He attended the University of Pennsylvania and the University of Miami. He graduated with Honors earning a Bachelor of Arts degree in History, with a minor concentration in Political Science. He obtained his law degree from St. Thomas University in 1995, and became a member of the Florida Bar the same year. He joined the Federal Bar for the Southern District of Southern Florida in 2007 and has been a member of the American Immigration Lawyers Association since 1999.

He is married and blessed with two beautiful children, Ana Sofia and Farren. He loves Hurricanes football, well-acted movies, travelling, moderate and reasonable politics, and being the best father he can be for his children.

“We enlisted the services of the Office of David Estrella, P.A., to assist with our family’s immigration cases and we were very satisfied with the results. David and his entire team were very efficient, attentive and careful with the details, and this helped enormously to make the process smoother and easier.
We would definitely recommend them”.